I am proud to be among 331 LGBTQ+ elected and movement leaders supporting Vice President Joe Biden and Senator Kamala Harris, on the day that President Trump accepts the Republican nomination.
"Let us be clear: Four more years of an administration that openly embraces racist, sexist, homophobic, xenophobic and transphobic appointees and policies is untenable. And no amount of gaslighting or lying by misguided members of the Trump administration can change the fact that the era of Trump and Vice President Mike Pence has been defined by its consistent attacks on the rights, health care and livelihoods of LGBTQ+ people."
#OutforBiden
https://www.usatoday.com/story/opinion/2020/08/27/end-trump-attacks-gay-rights-biden-harris-hope-progress-column/3437081001 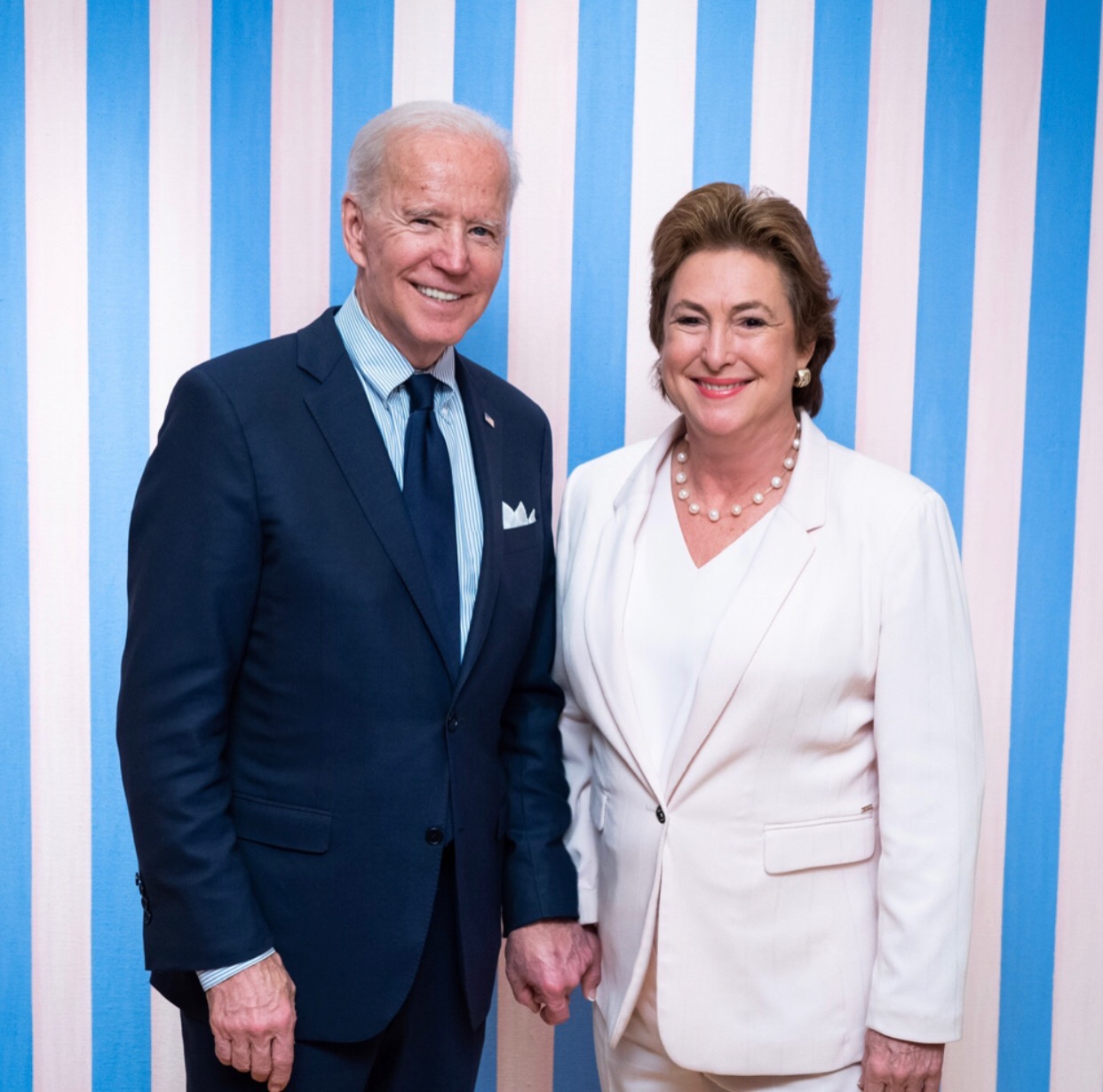 We can't afford to keep leaders who attack communities they are supposed to represent. Biden and Harris will be White House champions for LGBTQ+ people.

As President Donald Trump accepts the Republican nomination for a second term, LGBTQ+ elected officials and leaders from across the country are proud to endorse former Vice President Joe Biden to become the 46th president of the United States. We believe Biden’s character and experience are not only antidotes to Trump’s recklessness but will lead us into a brighter and more inclusive future.

Let us be clear: Four more years of an administration that openly embraces racist, sexist, homophobic, xenophobic, and transphobic appointees and policies are untenable. And no amount of gaslighting or lying by misguided members of the Trump administration can change the fact that the era of Trump and Vice President Mike Pence has been defined by its consistent attacks on the rights, health care and livelihoods of LGBTQ+ people.

The responsibility of governing has proved to be too great for Trump. Under his failed presidency, Americans have had to suffer needlessly during a global pandemic which has claimed the lives of more than 178,000 Americans; navigate economic hardship without any semblance of real leadership from the White House; bravely confront a government that openly embraces policies that attack people of color, immigrants and LGBTQ+ people; and consistently speak out against policies that have weakened our civil and social institutions.

Indeed, as Biden says, we are in the battle for the soul of our nation.

But, as difficult as this year has been, it has reaffirmed our commitment to deeply held American values: equality, fairness, and justice. Across our nation, there are thousands of stories of everyday people rising to the occasion to help their communities combat economic uncertainties. We have seen demonstrators across America reject racism and proclaim that Black lives matter and Black transgender lives matter. We have collectively honored our everyday heroes from health care workers and caregivers to grocery store clerks risking their lives to help alleviate burdens on our own. And we have seen Americans from all backgrounds demand an equal and equitable future for all of us. This is as American as it gets.

Biden’s story and career are also as American as it gets. He is a leader who has stood with the LGBTQ+ community for decades, offering compassion in our moments of uncertainty and policies to move us forward. His empathy, resiliency, grit and grace make him uniquely qualified to lead our country through this difficult period. In a Biden presidency, LGBTQ+ people, here at home and abroad, will once again have a champion in the White House.

Together, Joe Biden and Kamala Harris make the most pro-equality ticket in American history.

As a senator, vice president, and private citizen, Biden worked tirelessly to advance LGBTQ+ equality. From the repeal of “Don’t Ask, Don’t Tell” to his historic declaration in support of marriage equality on NBC's "Meet the Press" in 2012, Biden has proven that he will listen to LGBTQ+ people when it counts. With an actual record to stand on, Biden has put forward the most comprehensive platform to advance LGBTQ+ equality by any party’s nominee for president, underscoring his lifelong dedication to embracing people’s lived experiences, their hopes for the future, and the knowledge they bring to the table.

A Biden-Harris administration would, in addition to signing the Equality Act into law, push for gender-inclusive identification markers, reverse the transgender military ban, fight to end the epidemic of violence against transgender people (particularly transgender women of color), ban so-called conversion therapy, re-prioritize advancing LGBTQ+ equality around the world, fight to end the transmission of HIV, ensure LGBTQ+ people’s access to health care cannot be limited by their identity, and guarantee LGBTQ+ youth are protected and can flourish.

The next 67 days will be crucial to the future of our democracy. We cannot afford to keep a government that despises communities it is supposed to represent, embraces conspiracy theories as facts, gaslights LGBTQ+ people and people of color as deflections from its actual record, treats marginalized people as expendable and is willing to ignore thousands of deaths to maintain power.

In Joe Biden and Kamala Harris, our path forward can be one of hope and progress again.

This op-ed is supported by more than 300 LGBTQ+ leaders and elected officials.