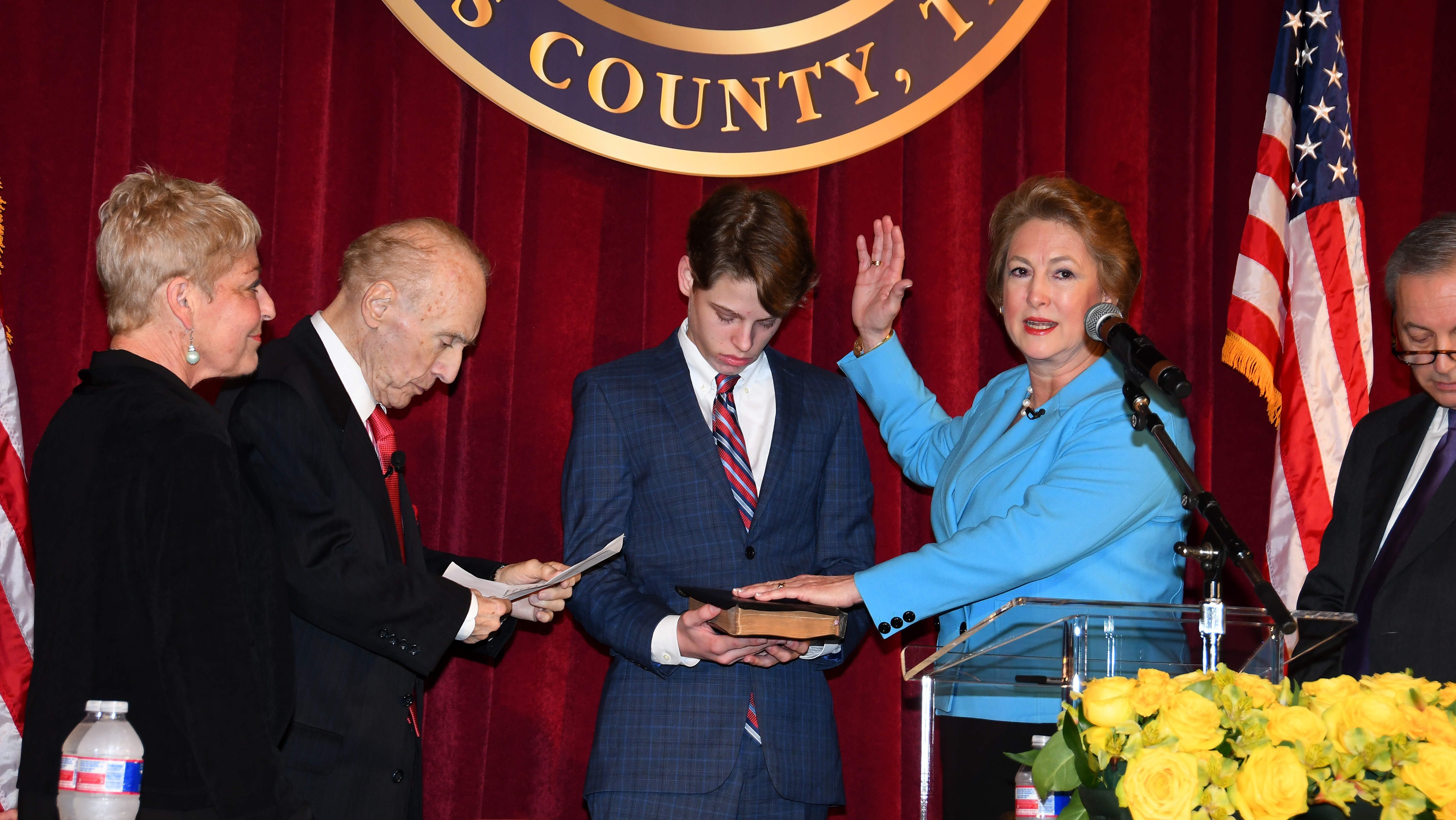 Harris County District Attorney Kim K. Ogg is a native Houstonian licensed by the State Bar of Texas in 1987 and recognized as a specialist in Criminal Law by the Board of Legal Specialization since 1992.  Upon taking office, she promised a new era of criminal justice by insuring a just process for the victim, the accused, and the community in every case.  She has focused her prosecutors on public safety by prioritizing disposition of crimes against people and property.

Kim's legal career began in 1987 as a line prosecutor for the Harris County D.A.  While serving as a Chief Felony Prosecutor, she was appointed Houston’s first Anti-Gang Task Force Director in 1994.  From 1999 - 2006, Kim served as the Executive Director of Crime Stoppers of Houston. In 2006, Kim transitioned to private legal practice and became the managing partner of her own law firm.

Kim now brings her strong track record of public service and thirty years of criminal justice experience to the position of Harris County D.A.  During the first six months of her Administration, she has successfully advanced major drug policy and bail reform, diversified the leadership of the District Attorney's Office and affected legislative reform on behalf of crime victims.